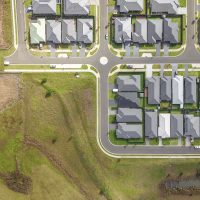 These Guidelines have been created using data collected from a literature review focusing on healthy, sustainable, and supportive subdivision plans developed by both rural and urban centres in Ontario and communities across Canada. In addition, the appropriate Federal and Provincial policies pertaining to land-use and development were used to establish the Guidelines contained within this report.

This report is informed by the review of three relevant case studies: Norfolk County, Municipality of Leamington and Township of Scugog. These case studies were used to understand cannabis grow operations and inform policy considerations and recommendations for cannabis growth operations in the Township of Centre Wellington. The findings look to provide insight into the issues and opportunities for further research on this topic. Based on the research, the team has generated policy recommendations to be considered in the Township of Centre Wellington’s Official Plan and Zoning By-law review. 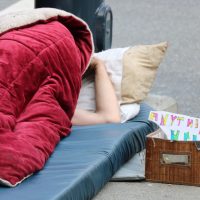 Over the past two decades, the number of individuals and families experiencing homelessness in Canada radically increased. As of 2016, the Homeless Hub estimated that 1.3 million Canadians had experienced homelessness or housing insecurity at some point during the past five years (Adamo et al, 2016). This number has likely grown given the insufficient and deteriorating stock of affordable housing in both urban and rural municipalities across the country and its contribution to the housing crisis (Meda, 2009). This paper uses case studies to examine how planners have addressed homelessness at a municipal scale. Further, these case studies and their associated policies and methods inform recommendations for how Huron County, Ontario can integrate strategies and apply them to mitigate homelessness occurring within the region. 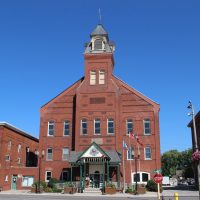 policy approaches to planning for cemeteries in halton region

Death is an inevitable component of life. Consequently, there is a need to dedicate land for the use of honouring and disposing of our dead. Cemeteries meet those needs, and as a result can be considered essential to our social infrastructure. Despite this, cemeteries are often overlooked in land use planning policy. The tendency is to emphasize other land uses such as residential and economic growth in order to meet housing and employment needs, while cemeteries remain an afterthought. This is no better exemplified than in Halton Region, where the population is expected to double over the next 20 years. For the most part, Halton Region’s approach to planning focuses on developing policies that best direct growth and accommodate a larger population, while preserving the Region’s agricultural and natural heritage systems. An increased need for more cemetery space and cemeteries in Halton Region will accompany the expected growth in population, and it would be prudent of the Region to develop cemetery-specific policies in preparation for this future demand. 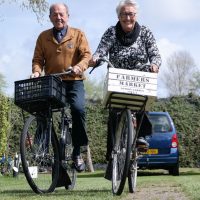 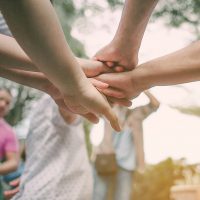 A Community Improvement Plan (CIP), is a document most often used to support and encourage physical improvement of the community landscape. This report explores the state of CIPs in Huron County. In particular, five communities in the County were identified as having a CIP or an interest in creating a CIP. The central objective of the project is to help communicate amongst these communities the lessons learned and the challenges faced in the creation of a CIP.

Brussels is a small rural community in Huron County, Ontario located within the municipality of Huron East. Brussels is significantly affected by the lack of activity in the downtown. There are not enough shoppers and tenants, and a high turnover of business owners. However, current business owners and public officials envision a downtown core in which every storefront is occupied, well maintained, and people are drawn into the dynamic area. 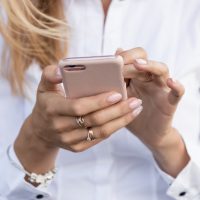 developing a social media strategy for the county of huron

Social Media (e.g. Twitter, Facebook, YouTube, etc) are becoming more popular by the day. The County of Huron has identified this trend as an opportunity to better connect its residents with information on the projects happening throughout the County. This report has been prepared to explore the potential of adding a social media component to the Huron County Planning & Development Department. 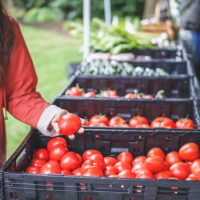 The goal of this project was to develop products that supported Halton Region’s current “Simply Local” initiative which aims to increase agricultural literacy through educating children and the general public about local agriculture, health, food and sustainability. 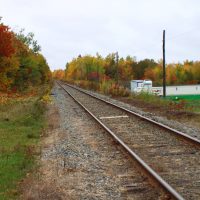 Evolution of trade has rendered a significant portion of rail infrastructure abandoned. For many areas, transforming unused railway corridors into recreational trails has become a desirable initiative that brings potential economic, social and health benefits to a community. Both the Counties of Huron and Perth have sought to utilize their historical rail infrastructure to create a network of trails with the eventual goal of connecting the counties. This report seeks to provide an overview of the potential benefits, challenges and opportunities available in the establishment of trails in the County of Huron and Perth County.

A Community Improvement Plan (CIP), is a document most often used to support and encourage physical improvement of the community landscape. This report explores the state of CIPs in Huron County. In particular, five communities in the County were identified as having a CIP or an interest in creating a CIP. The central objective of the project is to help communicate amongst these communities the lessons learned and the challenges faced in the creation of a CIP. 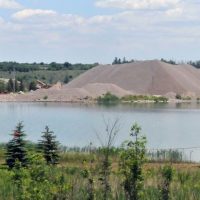 assessing the impact of melancthon quarry

In 2004, a Boston-based hedge fund, Baupost, under the name The Highland Companies began purchasing farms in the Township of Melancthon. These initial acquisitions were the beginning of an accumulation of roughly 3,400 hectares of prime agricultural land. After the farm acquisitions, Highland Companies became the largest grower, packer, and distributor of potatoes in the province. In April 2011, The Highland Companies applied for a license to extract aggregates from the site.  The proposal also includes plans to eventually rehabilitate some of the quarry back into agricultural land. However, since the proposed extraction sites will be well below the watertable, extensive water pumping will be required during operation and after rehabilitation, in perpetuity. 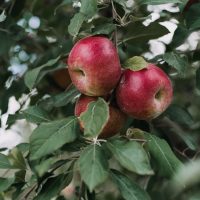 Apple producers throughout North America are pressured by increasing competition from international growers and rising input costs. The average North American consumed 3.08 kg of fresh apples in 2005, which represents a decline of over half a kilogram since 1991. Grey County, traditionally an important apple growing region in Ontario, has not been immune to these market conditions. Recognizing a serious decline in apple production, the County of Grey is considering this situation by consulting with graduate students at the University of Guelph to determine planning practices that could help the industry remain viable or determine alternatives. 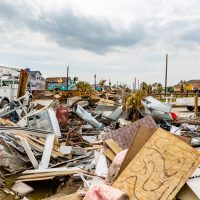 guidelines for engaging the public post-disaster

This document provides recommendations and best practices for engaging a community in the planning process in the wake of a disaster. The need for such a document grew out of an observed void in literature on planning and public engagement for a post-disaster area. The target audience for this report is planners in rural and small towns in North America and their municipalities. 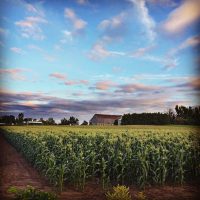 alternatives and innovation on small acreage in huron county

This report explores the potential of small acreage farms in Huron County. Currently, the County does not permit the creation of agricultural lots smaller than 30-38 hectares in size in order to prevent fragmentation of its agricultural resource and subsequently, protect the long-term viability of agriculture. While this is consistent with provincial policy, it may not be appropriate in some local contexts. For example, in Huron County there are a number of Anabaptist communities who have voiced aspirations for small agricultural lots because their youth have difficulty affording larger lot sizes. This report details a number of first steps in understanding the need and potential for small acreage farms within Huron County. 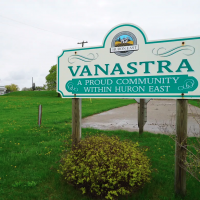 putting vanastra on the map